Sew ‘n’ Tell – What I Sewed in Spring

Alright, I finally got around to doing laundry and taking photos so I can finally share my spring sewing makes!

Usually, I don’t make many garments each month, so I usually just share my seasonal makes. However, I found since I had the month of May off, I actually pretty much, made something every week if not two things a week. This means there are a lot of makes, so you are in for a lengthy share 😃

First up is my red Coco dress, which was a UFO project I started in 2016. After discovering the dress was going to be too small I tossed it aside. But I’ve lost some weight since then and decided to finish it no matter if it fits or not.

Although the fabric doesn’t have as much stretch as it should, the dress actually does fit. So, I’m super glad I actually finished this project.

Another UFO, that sort of just got tossed aside in the move back in 2015 was vintage Simplicity pattern 3580.

I only got around to finishing this project this spring and can’t believe I waited so long. This dress is so me! I love a good shirtdress and this is it.

At the end of April, I had to go to a weekend conference and wanted to make a quick 3-day work wardrobe.

Since Simplicity 2154 was already on my make nine I thought this was the perfect time to make it up.

Not only did I make the cardigan, pencil skirt and pretty bow blouse from Simplicity 2154, I had enough fabric left over for coordinating pieces.

I used the leftover blouse fabric to make a quickly gathered skirt for a casual day outfit.

Lastly, I quickly made up a Sew Over It Silk Camii to pair with the McCalls skirt. The cami was so nice I turned around and made 3 more.

In late April I was asked to test the all-new Samantha wrap dress from SMYLY patterns.

This dress was so nice I ended up making two versions. I think through this floral one is my fave.

During Me Made May it became evident that I needed more me made tops. So I decided to whip up a few Pomegranate tops from Octavia patterns.

Not only do I love the look of this blouse I love how quick and easy it is to make.

I didn’t have a lot of time available during the timeline of the Handmade Summer Dress challenge, but still hoped to participate somehow.

Going back to my UFO box I found a half started Simplicity 1419 dress and decided this would be a great summer dress.

Sew Together for Summer Wrap Dress

Speaking of summer dresses I also decided to join the Sew Together for Summer – wrap dress challenge.

This sailboat print I thought would be the perfect fabric for such a challenge.

I had several options when it came to a wrap dress pattern but in the end, I decided to go with McCalls 6959.

Once again I helped out SMYLY patterns as a tester this time for the Abi Jumpsuit.

While jumpsuits aren’t really my thing I tried to give my version a 1930’s beach pajama style.

Finally, I wanted to check off another make nine off my list and decided to make the Mimi blouse from  Tilly & the Buttons book Love at First Stitch.

While making the blouse I also decided that I needed another Delphine skirt in my life. So, I made a yellow version. While it matched my first Mimi well enough, it wasn’t until I paired with Mimi number two that I discovered that I had an accidental snow white dress.

This Snow White cosplay outfit wasn’t necessarily planned but it worked out far too well 😃.

What have you been making?

So, that’s it! There’s a lot there and in some way, I feel like I’m forgetting something. But it’s been a little over 3 months and wow there sure are a lot of makes more here, than I thought there was.

I hope you enjoyed my sewing makes share. I’d love to hear in the comments below what you’ve seen this spring. 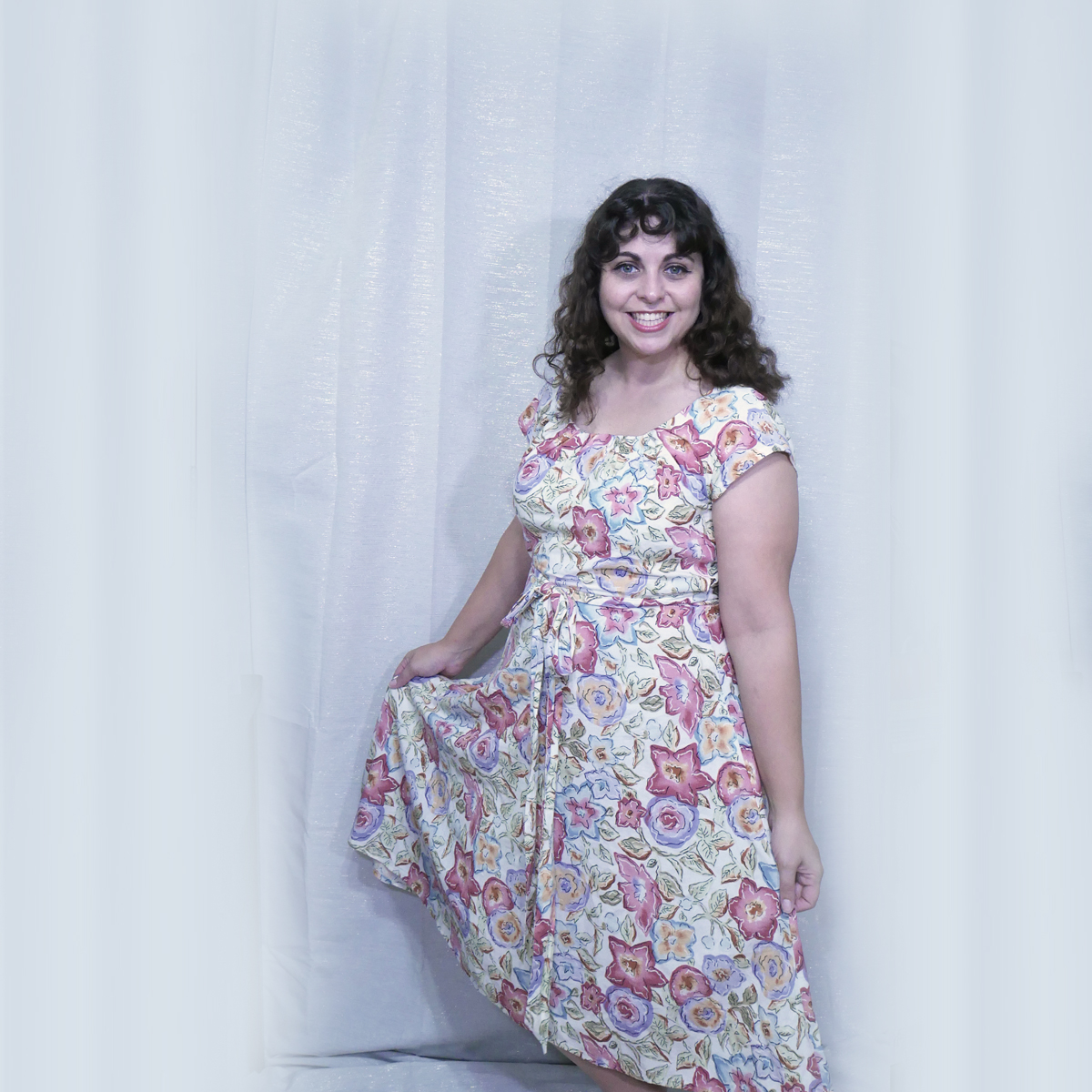 Swirl Dress and other Summer Makes

Autumn is finally upon us so, it's about time for me to share all my #summer #sewing makes in an all-new episode of #sewntell