It feels like forever since I had a chance to post anything to my blog!  I’ve been super busy lately with mid-term grades, Expo planning, committee meetings and a slew of other things.

However, now that it’s spring break, I’ll actually get a few days to rest up and get caught up on a variety of things, including getting back to the blog!

So, when we last left off, I had tested 4 different apple desserts at work, to decide which one I would enter in the University’s Apple Day dessert contest.

By overwhelming votes, it was decided that my Apple Caramel Mousse Cake would be the one to enter.  Although as tasty as it was, was a disaster of a cake!

Before entering the recipe in the contest, I knew I had to do some changes to the recipe, which originally I found on The Gunny Sack website. Fist thing first, there was just way too much filling for cake. Not to mention a single cake mix baked into to cakes and then each cut into two slices, was far too thin a cake to hold the wight of the filling.  This first change I decided to make was to actually bake two cakes. Like the test cake, I made my own spice cake, by mixing a few spices into a yellow cake mix.

As with the original recipe I added both apple sauce and apples. However, like with my test cake I made my own apple pie filling, and used it to make the apple sauce as well as for the apples that would get mixed into the cake.

The cakes came out of the oven beautifully! I let them cool over night and decided to slice and stack the cakes once I got to the contest location the next morning.

While the cakes baked I worked on the caramel mousse filling. I started by whipping the cream cheese.

The next step was to add a jar of caramel sauce, which I got rather sticky by doing and forgot to take any further pictures of the filling being made.

After adding in the caramel I folded in 16 oz, that’s two tubs of Cool Whip, in to the mix. Once throughly mixed I covered the mix and refrigerated over night.

Once I got to the contest location and started to assemble the cake, which held up fairly well, now that there was more cake, I discovered that there is just far more filling than you will ever have cake.

So my strategy was to just cover the cake with the filling like a frosting. Next I drizzled caramel sauce over the cake.

Since I had some left over apple pie filling I decided to top the cake with that as opposed to topping them with the roasted pecans the original recipe called for. Besides since this is a contest entry, you never know if a judge has a nut allergy, so I figured this was a good idea!

I the end I was really happy with how this cake turned out. I guesses the judges were too, I ended up winning 3rd place which I’m pretty happy with.

Warm Up with a Slice of Salted Caramel Hot Chocolate Cake

With winter is still alive and well in parts of the world, warm up with a slice of Salted Caramel Hot Chocolate Cake. 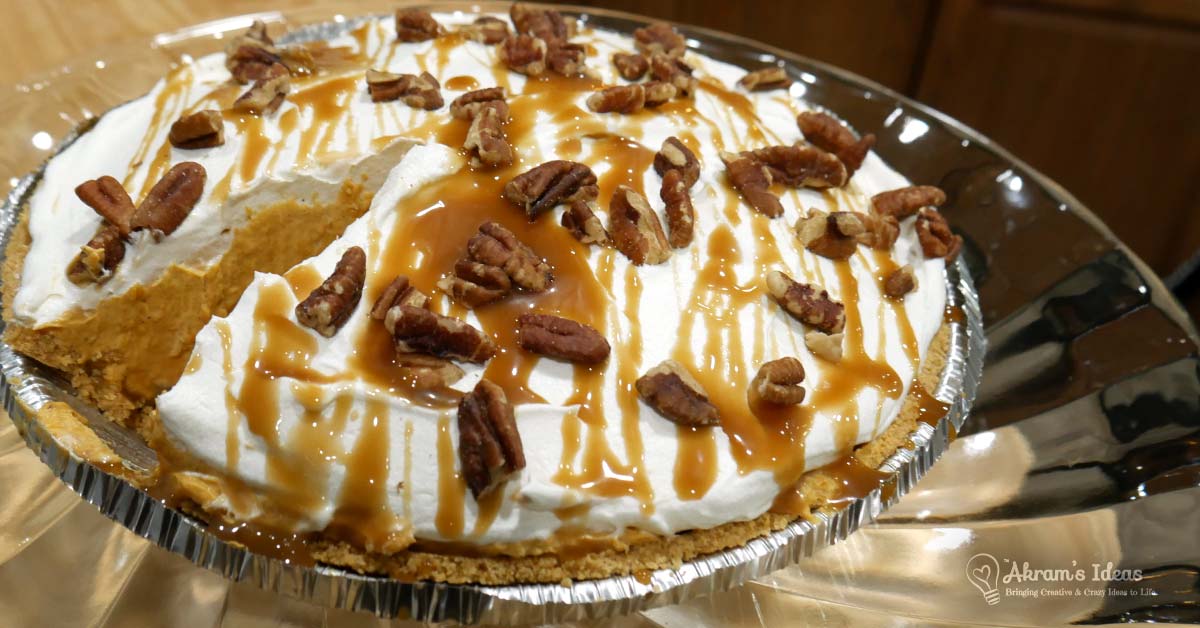