An Evening of OU Jazz

I’m still getting acclimated to my new position at the University of Oklahoma (OU) and I thought the best way to get to know the campus is to attend various events.

I enjoy Jazz music and when I got an email about the OU Jazz concert I was intrigued.

The concert featured the OU Jazz Ensemble and Singing Sooners choir. The event was sort of an end of semester show for these students and tickets were only $9 for staff.

My mother-in-law who also works for OU had shown some interest in this event, so I decided to take her and make an evening of it.

The event took place at the Sharp Concert Hall on OU campus. The concert hall is named after Dr. Paul Sharp OU’s ninth president during the 1970’s.

The concert hall features a Prairie Gothic style architecture and seats approximately 1,018 patrons. Also one might note that the space is acoustically designed to be a pure concert hall, rather than an auditorium.

The concert started with the Jazz ensemble playing several musical renditions. Later the band was joined by the Singing Sooners choir which provided vocals to classic songs like South Pacific’s “You Have To Be Taught” and “On a Clear Day You Can See Forever”, from the play of the same name.

I hoped to share the night’s full lineup with you, however, I have somehow misplaced the program.

The show was a bit longer than I hoped it would be, especially for a Thursday night, ending around 10:00pm.

Overall the show was quite good for $9 and for a student production.

One thing I can’t get over, though, is the student’s’ rendition of “On a Clear Day You Can See Forever”. I first heard this song in the 1970’s film starring Barbra Streisand. Once you hear Barbra Streisand sing a song, it’s hard to appreciate it sung by any other person. I’m sorry while the students sang it while Barbara’s version is still my favorite.

Otherwise, I would say I had a good time and enjoyed the show well. So did my mother-in-law, at least the bits she managed to stay awake for. 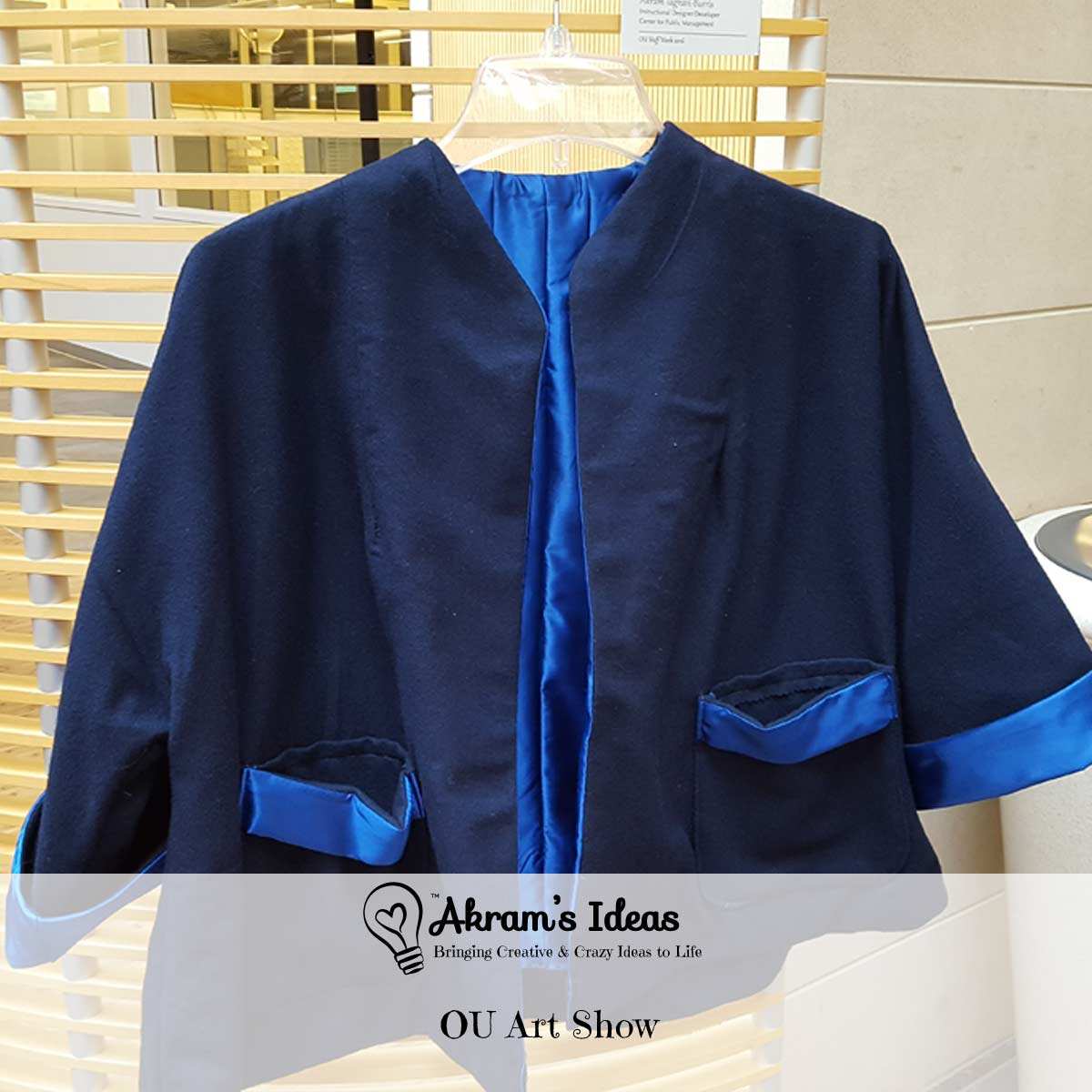 A quick review of the OU staff and Faculty Art Show, which I participating by entering my blue wool Swing Coat.