I’ve mentioned several times on the blog that I love brunch! Weekends at my house start around 9am when I decided to roll out of bed. Once I’m up and ready I head to the kitchen and whip up a full course brunch for my hubby.

While every week I try to branch out and try something different my hubby’s favorite has to be monkey bread.

Monkey bread is super quick and easy to make as long as you have the right ingredients. I almost always have sugar, brown sugar and cinnamon on hand. The only other thing you need is refrigerated biscuit dough. Since I make this often I usually have the biscuits on hand too.

Now while I do enjoy monkey bread it can get a little too boring, especially when my hubby requests it several weekends in a row.

This past weekend however, he suggested a new twist on the monkey bread that I couldn’t resist trying out. He suggested that I make monkey bread and layer my apple pie filling inside of it.

This sounded amazing so I had to try it out. I used my basic apple pie filling recipe that I use for pretty much any recipe that calls for spiced apples.

Next I made the monkey bread as usual, cutting the biscuits into quarters and covering with the sugar cinnamon mix.

I used this method of layering biscuits and brown sugar as I have been doing, only for this apple version I also added a layer of the apple filling.

Basically you add layer of biscuits , brown sugar butter mix and apple pie filling, then repeat. I had just enough apple pie filling to cover three layers, which meant the fourth and final layer only had the brown sugar butter mix on top, which is probably best because this will end up being the bottom of the bread when it’s turned out of the pan.

The experiment was a success! Monkey bread is already kind of a filling dish, with the addition of the apples, it was a full on meal. Still it was such a warm gooey delicious one.

The apple monkey bread was a great brunch addition. We even had some left over and ate it as dessert the following night topped with a little ice cream, yum!

Recipe for classic pumpkin bread a great addition to any autumn get together. 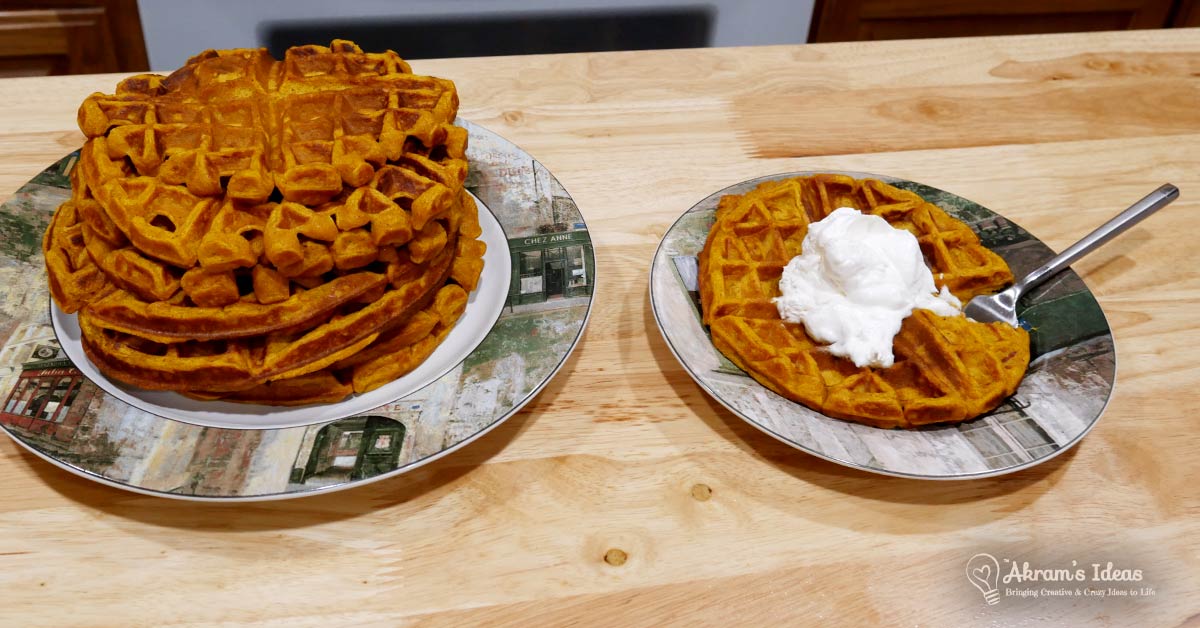 Indulge in a Rich Autumn Brunch with Pumpkin Waffles

Celebrate autumn with this recipe for pumpkin waffles, that tastes like a pie!