If you watched my Anniversary Birthday haul video then you probably know that I received a Brothers 1034D serger from my darling hubby. As I mentioned in the previous post I would be sharing a proper unboxing video of the serger and even do a quick setup of the machine. Well, today’s the day.

As I said in the video I choose the Brothers 1034D Serger after doing some research and asking about on the sewing Facebook groups I’m a member of. There were lots of recommendations but the Brothers 1034D came up often and it was also noted as such a great value for an introductory level machine.

I was really lucky as I was able to get my machine under $200 from Home Depot, yes the hardware store. It really pays to take your time and look for the best deal online.

The Brothers 1034D came fully threaded and ready to use, which was such a nice surprise. I was able to pull it out of the box and play with it right away.

I did do some test stitches on the machine and played around with different fabrics, such as cotton and some stable knits. The default tension seemed to work just fine for me.

My machine also came with a variety of accessories, including the standard foot as well as the gathering foot and the blind hem foot.

After playing around with some stitches and the blade control I tested out the rolled hem feature. It creates a lovely finishing along the edge which will be perfect for light fabric like chiffon.

I’m still getting used to the blade and the exact placement of where I need to position the fabric for the right seam allowance. There’s still a lot to learn and I’m hoping to have time over Thanksgiving break to play around with it some more.

Not Even A Week Old

I recorded this unboxing last weekend and since then I’ve had a little more time to play with my serger and have learned a valuable lesson. Sergers and pins don’t mix.

Apparently, I left a pin in my project when I moved from the sewing machine to the serger and when the pin hit the top knife blade it broke the knife and sent it flying. Luckily I wasn’t hit by the flying projectile and was able to find the broken piece.

I’ve got another knife in order from Amazon and should get it soon. In the meantime, I’ve been playing around with the serger without the cutting feature. Oh well, you live and learn.

If you have any advice, suggestions, tips or tricks on the Brothers 1034D or sergering, in general, I’d love to hear them in the comments below. 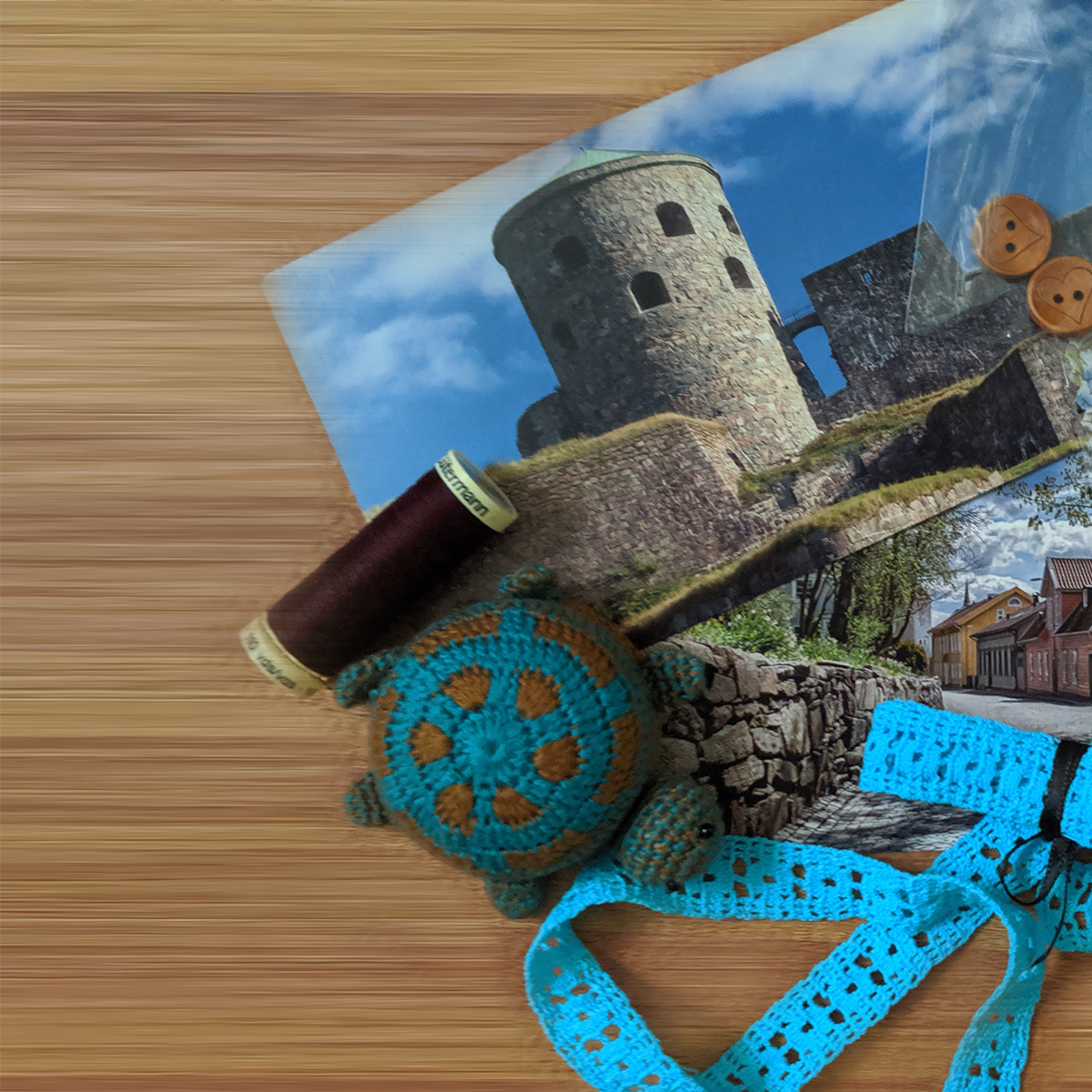 I'm #uboxing my #sewing notions package I received from my sewing buddy as part of the #SwapShareSew challenge.