One of the most anticipated projects I had planned for the month was #TheLittleRedDressProject. This is a fun collab project hosted by Renata from RunningNStyle. Basically everyone participating in the collaboration has made a red dress for the holiday and have been posting their make on Dec 20th and beyond.

As you might have watched in the video above my final dress wasn’t what I originally planned.

When I first got involved with this project I knew that I wanted to make a simple dress. One that I could get a lot of wear out of even after the holidays.

Not that the challenge was holiday specific. Though, being the holidays and the theme being red, many other vloggers and bloggers were leaning towards a more party dress type project.

I had forever wanted to make my very own Coco from Tilly and the Buttons. This project seemed like the perfect excuse to buy the pattern. Plus I also had some nice red jersey fabric that would work perfectly for this project.

While the project went together in no time at all. Sadly though after completing the dress I discovered it didn’t fit! I plan to go further into detail about my sad fitting story in an upcoming post.

Despite my panicking and a few tears I decided to give it another try.

First off I want to say I love the Coco pattern. It’s super cute and easy to put together. I also love the instruction in all of Tilly’s patterns.

Since I already used up my red jersey for my failed dress, I took a look through my stash and found some leftover red fleece from my swing coat project, from way back.

Anyways, I decided to make the Coco again, since the pattern I love and new I could knock it out in no time. While playing around with the fleece I thought why not also use up some of that leftover red satin I have from that same swing coat project.

The combination of the red fleece with the red satin trim makes the dress really something special. I said early I didn’t want to make a party dress. However, this second version is the best of both a comfy dress and a dressy dress at the same time.

Though I had my ups and downs I feel like the second version came out even better. I’m also glad I was able to share it with you guys.

The most fun of this collaboration project is seeing everyone else’s makes. Great big thanks to Renata from RunningNStyle and Hollie of Hollie Dolly , for bringing this project into fruition.

Lastly, if you haven’t already be sure to check out a few others who’ve made some stunning red dresses. 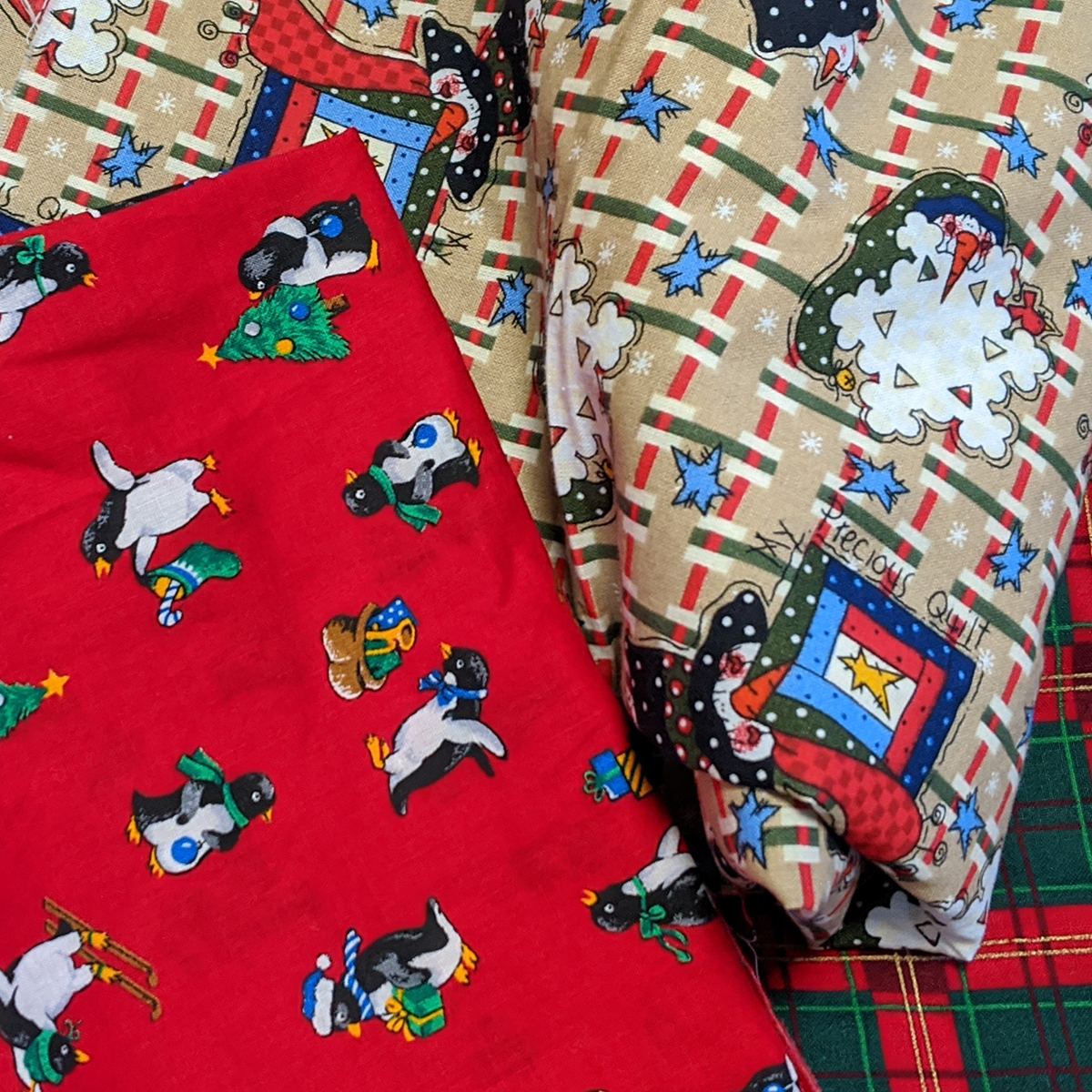 Sharing my last fabric haul of 2019. Get a glimpse of the lovely fabric prints and what sewing plans I have for all of these.