A Night of Mystery at the AAF Awards

The American Advertising Federation (AAF) Awards is a yearly event that our Pittsburg State University Graphics & Imaging Technologies student’s participate in every year.

The awards are best described as the Golden Globes for Graphic Designers. There is a local event, where winners will advance to the regional competition and if they win there make their way to nationals.

Who Won It – Murder Mystery Theme

I was super excited to have my suggestion of a murder mystery, “Who Won It” theme be voted as the theme for this year.

Not only was my mystery theme a winner, I also got to design the postcard for the submission entries.

When it came time to decide on the actual décor for the event, the committee decided to go with “Clue” the board game since that was a murder mystery theme that all attendees should be familiar with.

With the “Clue” theme this meant that we could decorate each table as if it was a different room on the Clue board, such as books for the library or plants for the conservatory. There were even small pool tables used as centerpieces for the billiards room.

The awards themselves featured decorative magnifying glasses to continue the mystery theme.

Since it was a clue theme, several of the faculty in my department decided that we should each dress up as Clue characters and I got Mrs. Peacock.

Originally I was pulling for a 1920’s style murder mystery, and while that wasn’t exactly what we ended up going with, I decided that my rendition of Mrs. Peacock would be 1920’s fashioned anyways. I also managed to talk my hubby into dressing up and wearing the fantastic vintage hat I bought him for a steal at seven dollars.

When we arrived at the event I was surprised to find that my postcard design had been used for this year’s winner photo backdrop. I couldn’t’ resist but take some photos with the backdrop before the event got under way.

The event was lots of fun; many of the other attendees also got the spirit and dressed up as well. Even some of our students dressed up, not in full costume but nice evening wear, which is quite different from their average classroom attire.

As for the winners of the night the faculty was ecstatic to have 23 of our students win awards that night. Of the 23 there were 8 gold and 15 sliver winners in total. One of those silver awards went to my Animation Class’ Cosmic Calamities episode.

Another surprise of the night was that our Graphics & Imaging Technologies department won a gold a large-scale window graphic we worked on as a group. Each of the faculty took turns taking pictures with our gold award.

The evening ended with us snapping a shot of students with their awards. As a faculty member I am very proud of our students’ accomplishments and can’t wait till the 2015 AAF Awards to see what our students come up with. 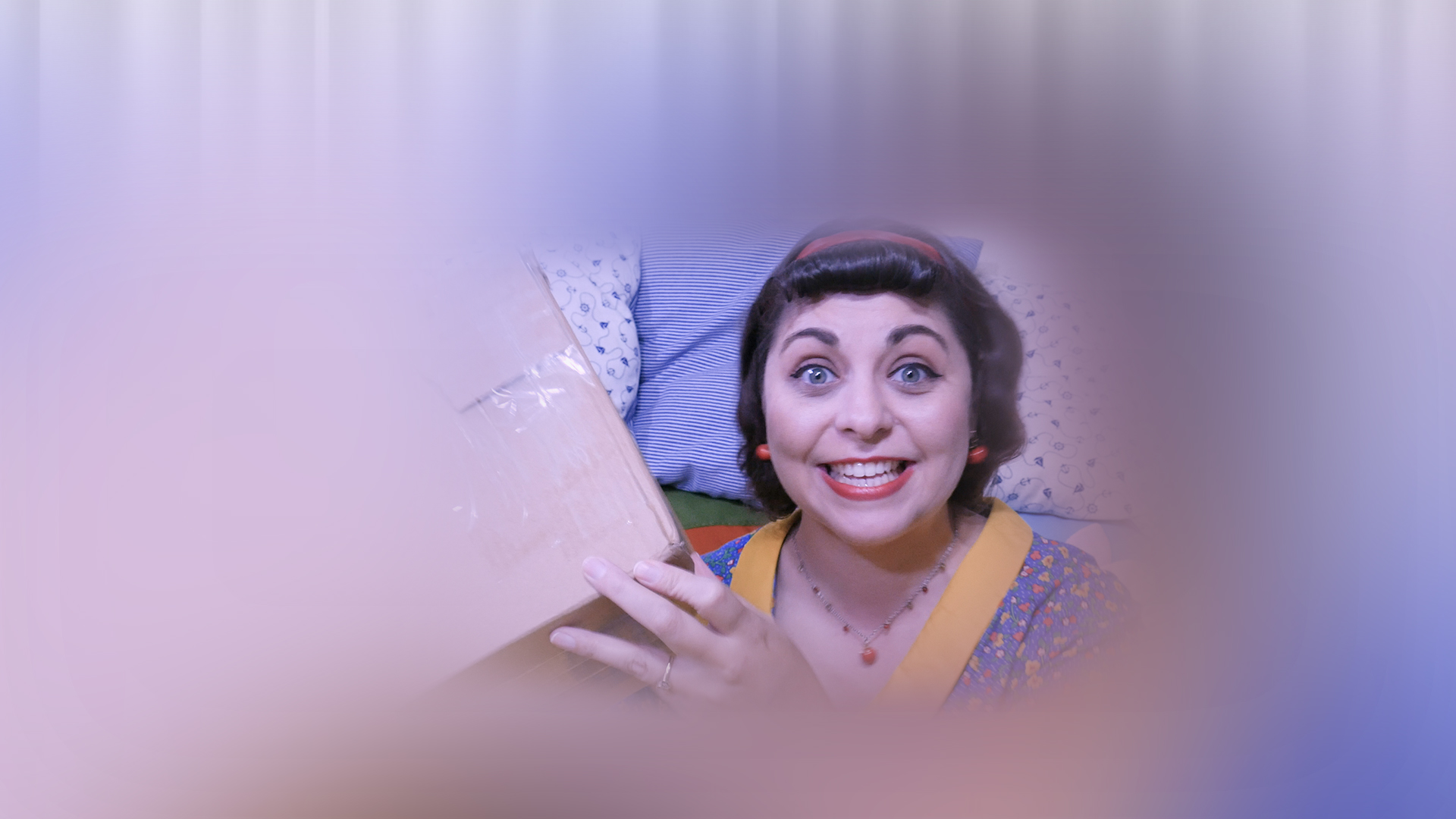 I'm sharing a quick unboxing of my mystery sewing box from Minerva Crafts, I won from Claire of Penguin and Pear. 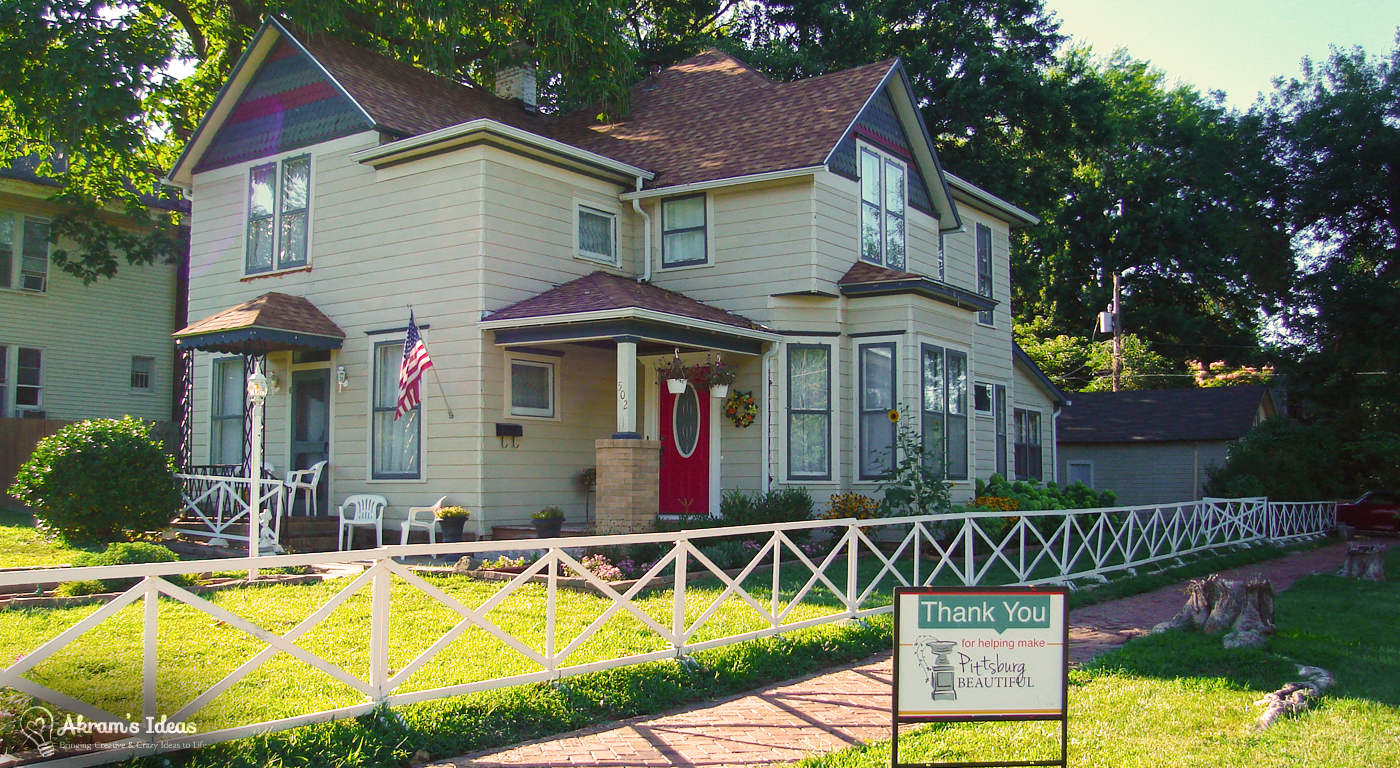 Pittsburg Beautiful Yard of the Month

It was a both a shock and an honor last month to be awarded the Pittsburg Beautiful Yard of the month. 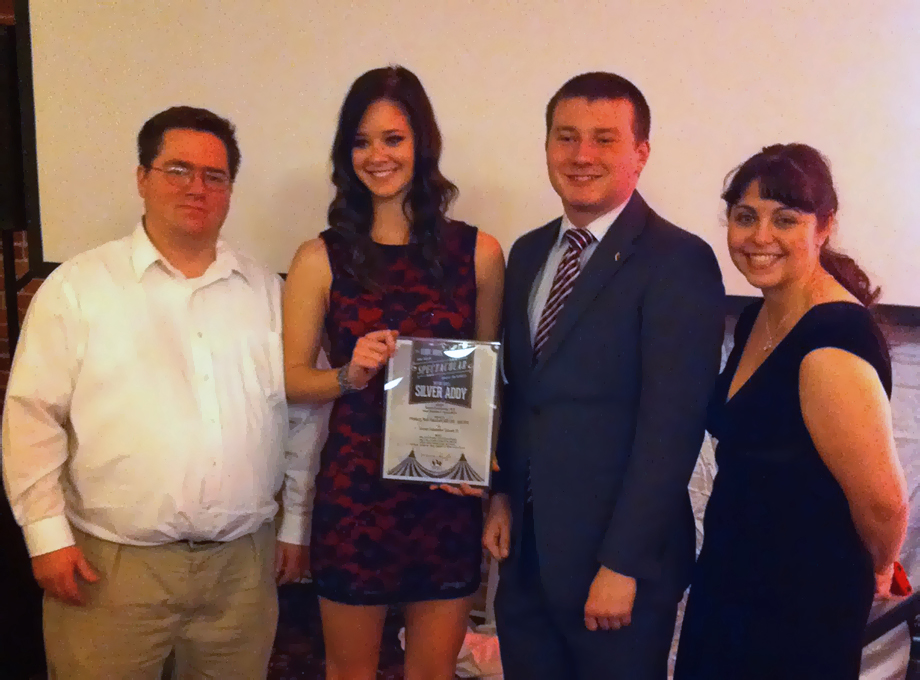 Ever since I was younger I always dreamed of being a writer, director, producer, working on animations. Well recently my childhood dream came true. Last fall I thought a class on “Web and Motion Graphics” where students were to create an...